µQSEVEN COM WITH A31 SOC FOR INDUSTRIAL APPLICATIONS

HOME > NEWS > µQSEVEN COM WITH A31 SOC FOR INDUSTRIAL APPLICATIONS 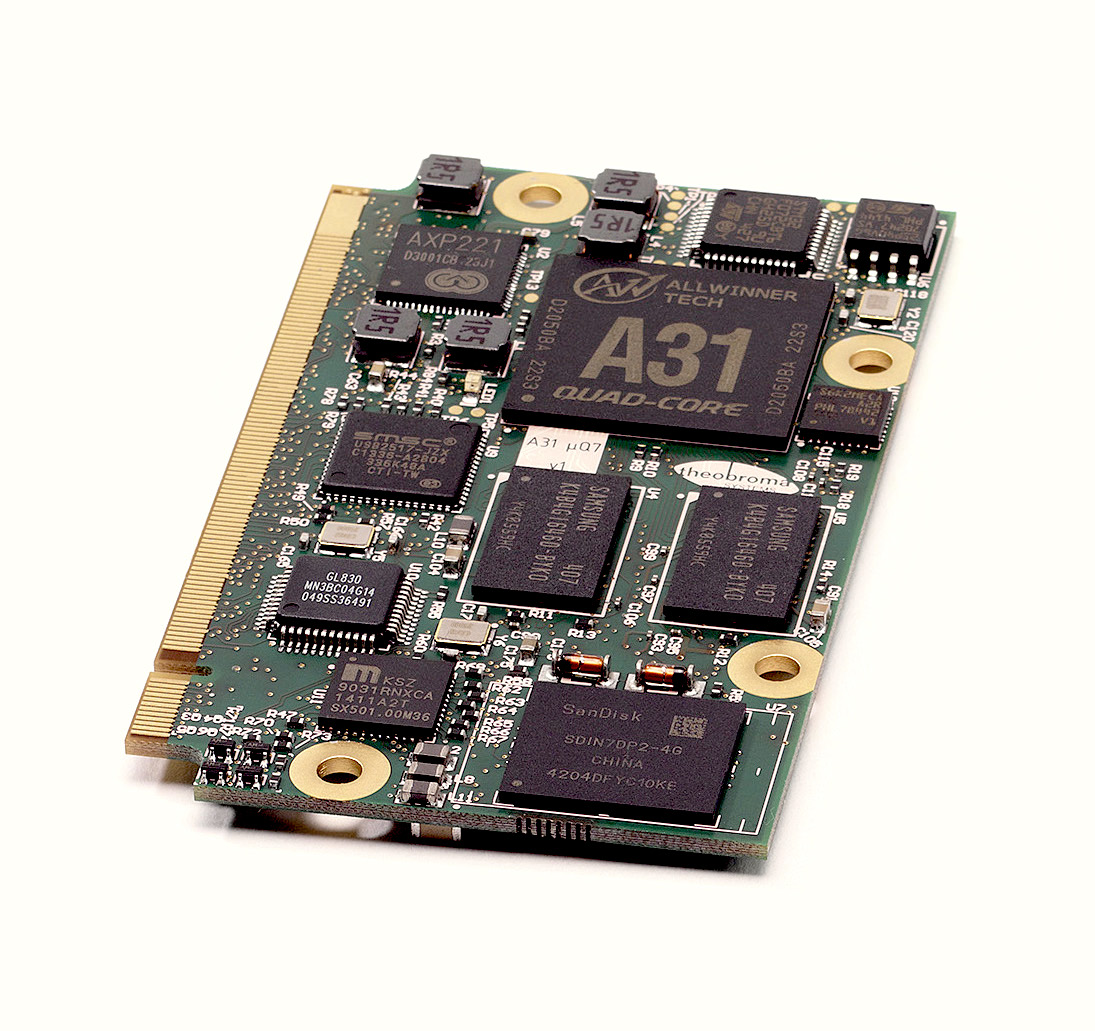 Theobroma’s Allwinner A31 based µQseven COM offers a re-engineered Linux/Android BSP, and adds a security module, SATA, GbE, CAN, eMMC, a USB hub, and more. 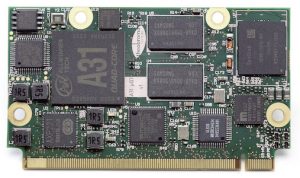 Although we have seen numerous SBCs based on Allwinner SoCs, there have been relatively few COMs and no Qseven or µQseven modules, as far as we know. Allwinner module options include AW-SoM’s SODIMM-style, Allwinner A10 based AW-SoM A10 SODIMM, as well as the A13-SOM and A20-SOM from Olimex. Other ARM-based µQseven modules, meanwhile, include Seco’s µQ7-T30, µQ7-i.MX6, and µq7-OMAP5.

According to an email from Theobroma’s Philipp Tomsich, the company has re-engineered the Allwinner BSP to remove GPL violations and make it “suitable for the European and American industrial market space.” The BSP updates the PowerVR SGX544MP2 GPU with the latest Linux kernels. It also adds support for the security module, as well as peripherals such as CAN, which we have not previously seen on Allwinner boards.

In addition, the BSP “requalifies the chip for extended temperature ranges in conjunction with our thermal/power-management implementation in Linux,” says Tomsich.
Theobroma is also working on a µQseven module based on an octa-core Allwinner A80 SoC, due in the fourth quarter.

The A31 µQ7 provides up to 2GB DDR3 RAM, up to 16MB SPI NOR flash, and up to 64GB eMMC flash. An STMicroelectronics STM32 Cortex-M3 chip performs real-time processing, and offloads communication protocols as well as offloading auxiliary functionality for CAN, RTC, watchdog, and fan controls.

A gigabit Ethernet PHY and SATA controller are provided along with HDMI and dual-channel LVDS interfaces for dual displays. The module supports up to eight USB 2.0 ports, including one OTG port. It also provides SD support, GPIO, and various serial interfaces. 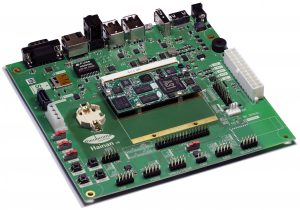 An optional Mini-ITX baseboard expands the powers of the A31 µQ7 with HDMI, GbE, RS232, and USB host and OTG ports. There’s also a SATA connector, a microSD slot, and an audio-out jack. The board can run on a 12V or ATX power supply.